How to Stop Machines From Stealing Your Livelihood 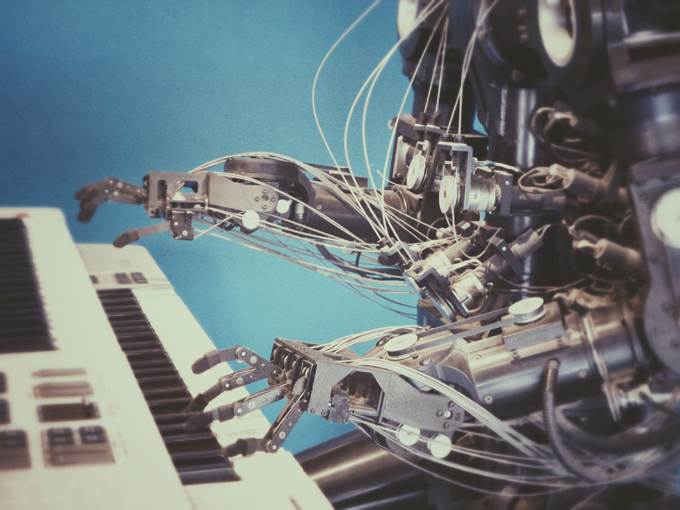 Machines are usurping our jobs, invading our privacy, and dictating what we see and do. They want to govern our lives and make us dependent on them.

When did the creation begin to control the creator?

Such a scenario is rare. It occurs when the creation considers itself better. Think about human beings and Nature. The irreparable damage we’re causing is because we think we can exploit Nature for our personal gains. Nature nurtured us for millennia, and we stabbed her in the back.

Nature isn’t worried. She possesses immense patience to redesign, rebuild, and recreate. She has done it many times — after the Ice Age, the extinction of dinosaurs, and two World Wars. And she will do it again.

But we don’t have that much time. Also, machines aren’t controlling us. Not yet anyway.

It’s true that machines are taking over our jobs, but not in the alarming way we think. To understand this, let’s first dive deeper into how our relation with machines evolved.

Why Are Machines Winning?

Our current education system was designed during the industrial era. We learned the skills we would need at the workplace. After completing school, we entered the factory and followed the manual to work on machines.

Such a system worked well for employers and laborers. Then, employers realized they could make machines work on machines. Anything they could document, they could automate. It was faster, cheaper, and scalable.

Today, machines have evolved in leaps and bounds. Twenty machines can do the work of 500 humans. Systems can identify if something’s wrong with appliances at customers’ ends and automatically assign tickets to engineers. Algorithms can show us content that matches our changing tastes.

Not only have machines started doing things better, they’ve also turned into an addiction, one that doesn’t have a rehab program yet.

Human beings are no match for machines when it comes to following instructions. Machines “know” how to do things better than us.

But the what and why is where we still hold the key.

For instance, software can process terabytes of data and generate reports within seconds. But it still depends on us to know what data to collect. Plus, what to do with the data still lies in our domain.

How We Control Machines

We can do (and are doing) much more with machines and data than just streamlining processes and workflows. Human beings are going to the extent of redefining the relation between us and our surroundings.

Amazon deploys robots at its warehouses. It’s experimenting with drone delivery. These robots and drones get their inputs from human beings.

Furniture company Steelcase worked with anthropologists, sociologists and tech experts to become pioneers in creating the popular open workspace of today. They had tons of data, but they needed humans to understand what it meant and how to use it to enhance customer experience.

Restructuring of man and machine is not driving down all jobs but dividing them. In his seminal book Deep Work, Cal Newport states that while many people’s skills become automate-able or outsource-able, others won’t just survive; they’ll thrive.

Newport explains that three groups will reap disproportionate rewards in the Intelligent Machine Age. They are:

“Technologies like data visualization, analytics, high-speed communications, and rapid prototyping, have augmented the contributions of most abstract and data-reasoning, increasing the value of these jobs,” economists Erik Brynjolfsson and Andrew McAfee wrote.

In simpler words, people who can master intelligent machines, and understand and communicate how they contribute to business goals, will thrive.

Companies can get more done for less by paying top-notch professionals on a per-project basis instead of hiring them full-time. At the same time, the professionals can service more clients and be better off.

This is the gig economy. High-speed data networks and collaboration tools like email and virtual meeting software have turned it into the new normal.

These are people who own the capital to invest in technologies that drive the new restructuring.

Digital technologies are reducing the need for labor, which means the proportion of rewards for those who invest in technology is (and will keep) growing.

Before the eighteenth century, people didn’t imagine what the industrial revolution would turn the world into.

We’re on the cusp of a similar revolution, this time through technology, writes Alison Kay, Chair of EY Global Accounts Committee. It’ll bring seismic shifts in everything from geopolitics to business to our daily lives.

Scale is not a concern, human skills are. With the educational system still stuck in the 19th century, how can we build the necessary skills for the future?

It starts with the growth mindset — continuously developing our abilities through hard work and learning. Rather than being like hockey players who chase the puck all game, we must become those who know where the puck is going and what to do when we get to it. We must stop living in 1990 and start living in 2040.

Here are three tiny actions we can take to build the growth mindset and our skills.

Reading is the best investment we can make in ourselves.

It’s a known fact that reading offers tremendous benefits like reducing stress, increasing focus and intelligence, and constant learning. It has been the single most effective tool for all successful people.

If we can dedicate just thirty minutes a day to read books and articles, our mind will turn into a treasure of ideas with boundless possibilities.

Regular practice might lead to mindless repetitions of tasks. Deliberate practice requires focus, gets done with a goal in mind, and involves collecting feedback on your actions.

Wading through this uncertainty can feel frightening, but it’s also incredibly empowering. When we embrace risks and learn from mistakes, we build resilience. The more resilient we become, the more progress we make and self-belief we develop.

When you use mistakes and failures to learn, you stumble upon ideas that let you hit the ball out of the park.

Machines give better answers. But humans can ask better questions. Let’s keep improving our skills and the quality of our questions.

When we do, we’ll prepare ourselves to revel in the bright prospects that lie in the future.

(This article was contributed by Vishal Kataria, the founder of Content Sutra.)