When is the Best Time to Solve a Problem? 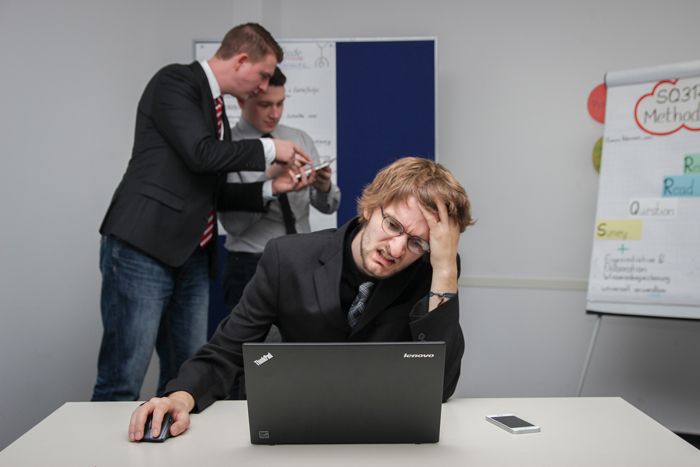 “Confront the difficulty while it’s still easy; accomplish the great tasks by a series of small acts.” – Tao Te Ching

Between 2001 and 2007, the oil conglomerate BP ignored 356 “small” oil spills during its operations. Regulators raised concerns but experts dismissed them.

Then in 2010, an explosion above the Deepwater Horizon drilling rig caused 210 million gallons of crude oil to be pumped into the Gulf of Mexico. It was the worst oil spill in history. As of 2018, cleanup costs, charges and penalties have cost BP more than $65 billion.

The company paid a huge price for ignoring small warnings.

If we borrow George Orwell’s legendary “animals” quote and apply it to problems:

Problems are inherent while working.

Some appear as major deterrents to progress. Like lack of expertise during the early stages of doing something innovative. But these problems disappear as we work and gain knowledge.

Others might appear like minor annoyances early on, which we ignore in our haste to reach goals. In the long run, such problems can cause spectacular messes that drain resources in the painful and time-consuming process of undoing the now-huge mistake.

Problem-solving is an integral part of most people’s daily work. Yet, strangely enough, the same problems surface over and over again.

This is not because people are inefficient. On the contrary, most people are good problem solvers. Where they lack is in diagnosing problems. In a survey, 85% C-suite executives agreed that their organization was bad at problem diagnosis, and 87% agreed that such a flaw carried significant costs.

Pareto’s Law states that 20 percent reasons cause 80 percent of problems in the business world. Failure to diagnose the right problems often leads to the same problems occurring over and over again, which is a drain on company resources and people’s motivation.

Thus, diagnosing the right problem is more important than diving into solution mode.

Here are three steps you can take to get better at diagnosing and addressing problems before they turn into full-blown fires.

In Good to Great, Jim Collins explained the red-flag mechanism. It’s an indication that things could go escalate into a problem, and empowers people to bring notice to brutal facts real-time rather than becoming aware of them by the time it’s too late.

At a personal level, a rise in cholestrol or sugar is a red flag for deteriorating health. One can take the necessary action to arrest the decline. At the organizational level, an example of red flags are the Andon Cords at Toyota, which employees can pull to stop the assembly line if they find a fault in a vehicle’s assembly.

At k:lib, some red flags for us include the utilization of licenses falling, outstanding dues of customers going beyond a certain period, contracts not getting renewed and more. Monitoring such aspects lets us identify dissatisfied customers and address their concerns early.

Red flags let us address issues before they turn into major problems. How will you build a red-flag mechanism for your team to spot and report problems before they arise?

The decks of Navy aircraft carriers, for instance, have four arresting wires horizontally placed to catch the tailhooks of jets landing on them. For pilot, landing to catch the third wire is ideal. Catching the first or second wire means the plane landed too fast, and the fourth wire is tantalizingly close to falling in the ocean.

The landings that catch the first, second and fourth wires get reviewed so that pilots and crews can spot deviations and correct their causes.

Most review mechanisms fail because processes don’t get followed and reviews don’t get conducted consistently. Reasons could range from lack of discipline to changing priorities, fire-fighting and so on.

What kind of review mechanism do you have in place for your team?

Then the NYPD applied the “broken windows theory“. Instead of staging massive but infrequent criminal roundups, it started arresting turnstile jumpers every day and keeping around twenty of them handcuffed in the subway station for passengers to see. Officers escorted drunken people off the cars and settled rowdy children.

Such measures scared off would-be muggers and affected major felonies as well. Background checks on jumpers revealed that most of them were wanted for violent offenses. This, coupled with some giant leaps in innovation, enabled the NYPD to bring down the crime rate substantially.

It’s often impossible to solve problems with one quick, decisive movement. Instead, The Kaizen Way suggests to locate smaller problems within the larger problem and move steadily in the direction of the solution.

Don’t wait until you have the perfect answer. Work with enough information, review your processes, and improvise as you go. Steps that appear embarrassingly small will eventually help you solve a seemingly unsolvable problem.

How will you take small steps to address issues, small and large, at your workplace?

Problems are inevitable. And the more discomfort they cause, the more important it is to solve them early.

The best time to solve a problem was when it arose. The next best time is now.