4 Short Stories That Will Enhance Your Performance at the Workplace 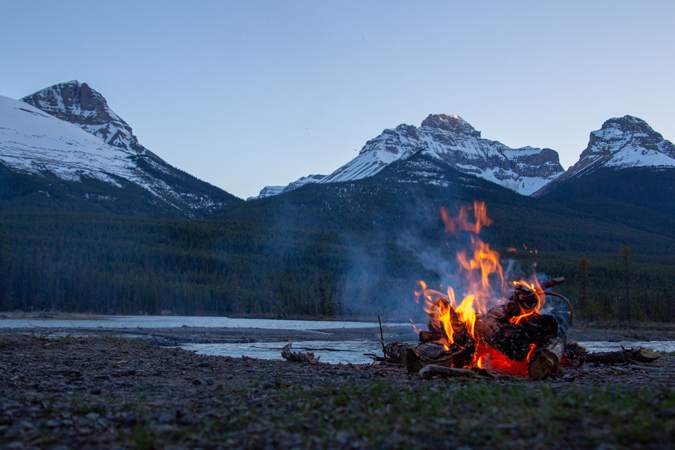 In the gap between who we wish one day to be and who we are at present, must come pain, anxiety, envy, and humiliation. – Alain de Botton

Each of us wants to improve at what we do and learn new skills. We want to climb up the corporate ladder and have more fulfilling careers. But certain things we do (and don’t do) get in our way of turning into the people we want to become.

Here are four short stories and takeaways that can hopefully make you aware of some challenges you face and how you can overcome them.

Story #1: The terrible phrase that gets in between our goals and us.

In Phase One, organizers brought a group of kindergarten children and divided them into small teams. The children were given a challenge to assemble the tallest structure they could within a time limit by using uncooked spaghetti sticks, strings, tape, and a marshmallow (the marshmallow on top of the structure indicated that it was complete).

In Phase 2, the organizers brought in teams of Harvard MBA grad students to compete against the kindergartners.

The grad students took the challenge seriously. They approached the problem analytically, discussing how to best combine the sticks, string, and tape to achieve maximum altitude.

If you think the winners were the Harvard students, think again. The kindergartners drubbed them.

The MBA spent most of their time speculating trying to figure everything out in advance. They also spent much time arguing who should be in charge. As a result, their constructions kept falling apart.

But the kids got to work quickly. They tried one way of building. If didn’t work, they quickly tried another. They learned from their mistakes and got in a lot more tries. As a result, they quickly built one tall structure after another.

The MBA students spent too much time speculating on possible What Ifs while the kids moved quickly from What If to How.

Takeaway: Planning is good, but it’s no substitute for trying things. Rather than planning everything in advance, move quickly from speculation (What If) to testing (How). Identify what works and then do more of it. In which aspect will you pose the “How” question today?

It’s a common practice for intensive-care patients to receive catheters – flexible tubes inserted in the body to remove fluids – during treatment.

But this practice had turned problematic. In 2006, 80,000 intensive-care patients in Michigan who received catheters got infected and 28,000 died.

The economic cost of these infections was a massive $2.3 billion dollars!

Enter Dr. Peter Pronovost, a critical-care doctor at the John Hopkins Hospital. He developed a simple checklist for the medical staff to prevent infections from catheter lines:

Pronovost asked the nurses in the intensive-care unit to monitor if doctors followed this list. In a month, the nurses reported that doctors skipped at least one step while treating 33 percent of the patients.

Next, Pronovost persuaded the hospital management to let nurses stop the doctors if they didn’t adhere to the list, and ask the doctors every day whether the catheter lines were still necessary.

The results were dramatic: Line infections declined from 11 percent to 0 percent. Within fifteen months, the checklist and nurses’ new role prevented 43 infections, 8 deaths, and saved $2 million.

Takeaway: Checklists they help people take action, avoid time wastage and increase efficiency, and motivate people because they can witness progress and feel a sense of accomplishment. Where can you deploy checklists in your work life?

Story #3: What it takes to become successful.

During the Renaissance era, people hailed Michelangelo as a genius, especially since he sculpted the Pietà the tender age of 24 years.

But Michelangelo begged to differ. “If people knew how hard I had to work to gain my mastery, it would not seem so wonderful at all,” he said.

Michelangelo’s life before the Pietà was as follows.

From age six to ten, he lived with a stonecutter, learning how to handle a hammer and chisel. Then he apprenticed under the great Ghirlandaio to sketch, copy and prepare frescoes in one of Florence’s largest churches.

Next, he got tutored by master sculptor Bertoldo and other luminaries until the age of seventeen. At twenty-four, he produced the Pietà.

Talent creates an opportunity to succeed. But talent doesn’t always come naturally, nor does it guarantee success. With persistence, continuous action, and patience, one can build talent and achieve their goals.

Story #4. Is your career headed in the wrong path?

In the middle of the twentieth century, Detroit Motor City was the crown jewel of America. Visitors from around the world flocked to get a glimpse of entrepreneurship and innovation at its best.

Then the automakers lost their entrepreneurial spirit. And like the Titanic colliding with the tip of a giant iceberg, Detroit sank slowly to the bottom.

What went wrong? Plenty of things. But they can be distilled into three main reasons.

First, instead of listening to customers who wanted smaller, more fuel-efficient cars, the automakers continued building bigger cars that nobody wanted.

Second, instead of taking competition from Japanese cars seriously and learning their methods of “lean manufacturing,” American automakers clung stubbornly to their decades-old practices.

Third, instead of moving quickly to keep up with changing markets, executives willingly embraced “death by committee.” (A senior executive once said that if a man saw a snake lying on the factory floor at GM, they’d form a committee to analyze whether they should kill it.)

Eventually, all the automobile manufacturers filed for bankruptcy and needed the government to bail them out. In the three and a half years leading up to a federal bailout, GM lost $82 billion!

Here’s what happened to the winners-turned-losers at Detroit.

They suffered from the hubris that accompanies success, failed to recognize and match competition, and refused to adapt to change.

This isn’t just happening with companies today, but with individuals and their careers also. The forces that toppled the great city and industry can topple (and are toppling) all of our careers.

It’s essential to treat your career like a startup. Keep investing in yourself rather than relying on the skills of yesterday to get you through tomorrow. That’s the only way to thrive in a dynamic, ever-changing world.

Takeaway: Take intelligent risks to achieve something great, build a network of alliances, and pivot to a breakout opportunity. When it comes to your career, are you aware whether you’re headed in the right direction?

Story Source: The Startup of You by Reid Hoffman (Founder of LinkedIn)

Which was your favorite story? How will you apply the takeaways in your life? Do leave a comment. We would love to hear from you.